Tile Roofing Installation in Florida — What You Need to Know

Tile Roofing Installation in Florida — What You Need to Know 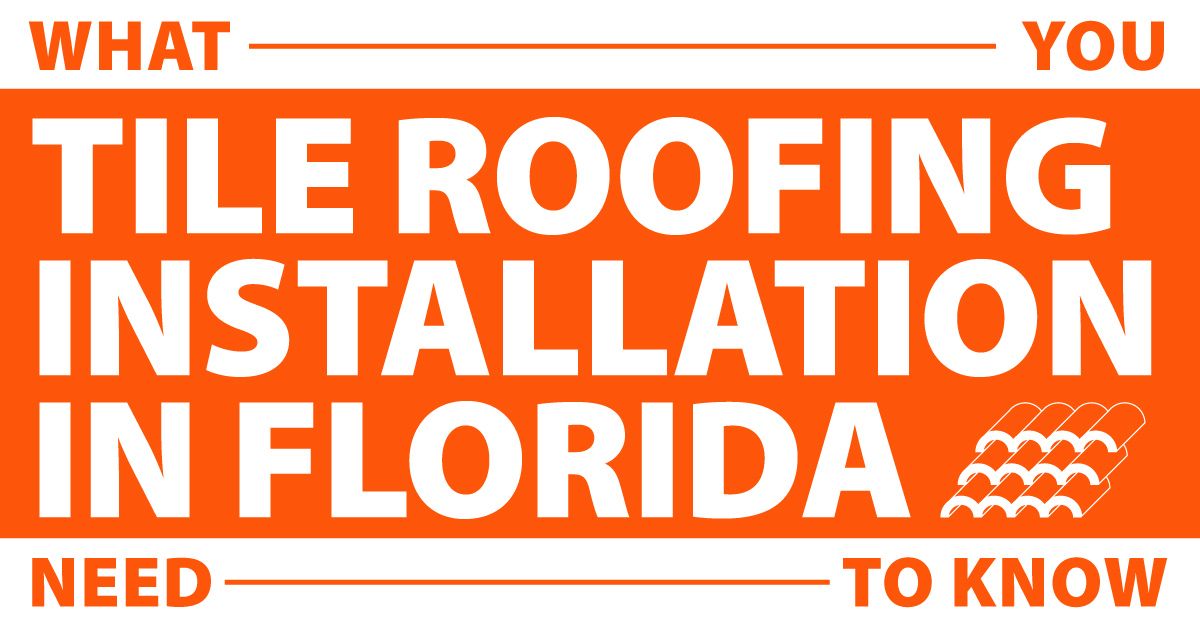 Tile roofing has long been a popular choice with Florida homeowners, but there has been a swing in ideas regarding installation techniques. Here’s a look at the evolution of the installation methods used for tile roofing in Naples and throughout Florida:

In the 1950s and 60s, 90 lb. granulated asphalt felt paper adhered with hot asphalt was the common underlayment used with tile roofs. In effect, the underlayment acted much like a flat roof system, where water run-off wasn’t consistent. The use of 90 lb. underlayment was good in theory, but came up short in practice. The purely asphalt material wasn’t approved for sun exposure or prolonged water shedding, and it rapidly broke down.

Back in this era, tiles were also installed using mortar cement, with the idea that the added weight would help keep the roof on the structure in the event of a hurricane. Hurricane Andrew disproved this theory, when many tile roofs mortar-set to 90 lb. underlayment failed with expansion, contraction and high winds. Entire roofs, decks and truss systems broke away from the building structures, causing severe failures.

After Hurricane Andrew, the Florida Building Code sought better tile installation techniques to avert future widespread failures. The Tile Roofing Institute borrowed installation techniques used internationally and introduced a system-based approach, where tile was fastened to the substrate decking to increase wind uplift resistance and avoid the debonding that occurred with the mortar-set method. The new installation technique proved popular with tract home builders because it was faster and cheaper than using mortar set and didn’t require the use of thick, hot asphalt-set 90 lb.underlayment.

This “System 1” installation method was popular from 1992 through 2004. The method’s drawbacks quickly became apparent, as many roofers failed to take necessary care with installation, and the use of specialty top flashings and increased overlap was inconsistent at best. Leaks were a common problem, especially at penetrations, in valleys and perimeter detail areas.

In 2004 and 2005, seven major hurricanes delivered the most destructive onslaught of damage ever to hit the United States, where roofs were ripped apart with a vengeance. These hard-learned lessons paved a path toward improvements in the quality of roofing materials and installation methods. Politics, bad habits and protectionism influenced code changes, though, leaving property owners and roofing contractors with a less-than-ideal environment of ideas. However, some major steps forward were taken with product approvals and wind uplift testing.

The evolution of tile installation is still a work in progress, but it’s better than ever before. A great tile roof today is one that’s installed using old-school principals paired with modern technology: self-adhered underlayments, Wakaflex top flashing and hybrid tile installation can provide long-lasting performance, if they’re installed in combination and correctly.
For trustworthy, certified tile roofing services in Naples and the surrounding areas, contact us at Kelly Roofing.