Home/Storm Damage/AOB Abuse, The Government, And Your Roof
Previous Next 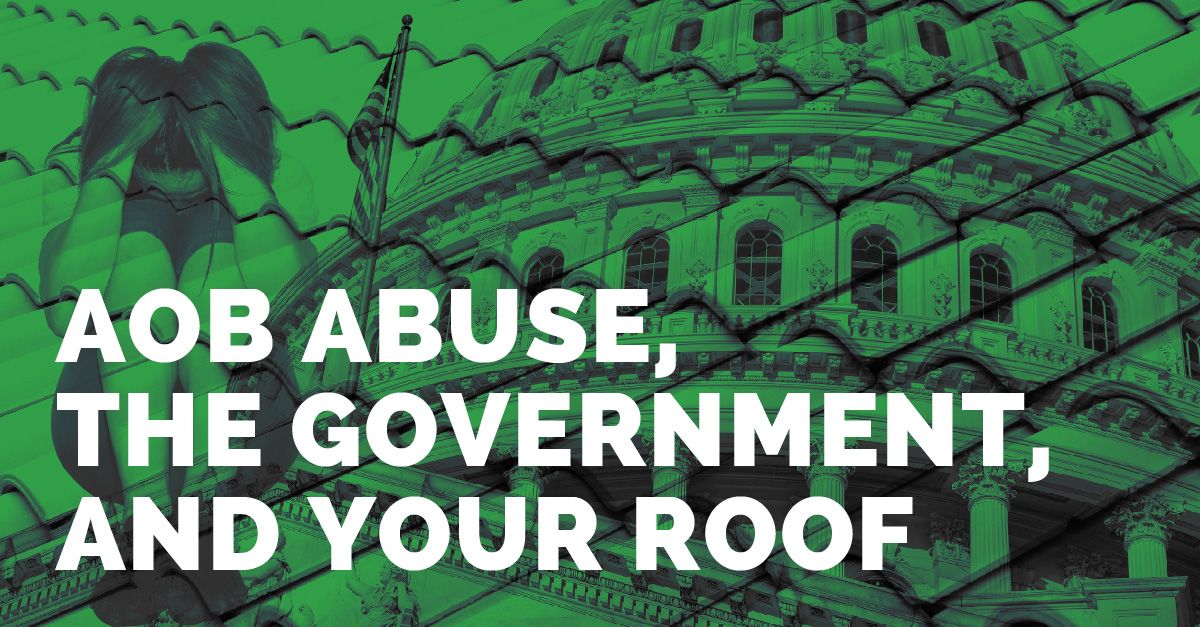 There are a lot of scams out there which you need to be careful of. Most people know how to spot the more basic scams (such as phishing emails); however, some scams can be a bit more difficult to identify. This is especially true when it comes to AOB (Assignment of Benefits) abuse, which is affecting a significant amount of homeowners throughout Florida since Hurricane Irma hit.

What is AOB Abuse?

Insurance can be a tricky matter to navigate, especially when it comes to homeowner’s insurance and the repairs or replacement of your roof. AOBs were meant to be a tool for homeowners to help them with disputed insurance claims. Unfortunately, dishonest roofing contractors have been teaming up with dishonest lawyers to take advantage of homeowners.  An AOB is basically a contract signed by the homeowner giving the contractor permission to bill the insurer directly. The assumption is the contractor will know how much the repairs or replacement will cost and they will bill the insurer the proper amount instead of billing the homeowner, who then has to go through the insurer (in other words, an AOB is supposed to help streamline the process).

Unfortunately, dishonest contractors will overvalue their work, billing insurers more than they’re owed. Not only does this scam affect the insurance company, but it causes the premiums of the homeowner to increase much more substantially. In the past 15 years, AOB abuse has risen by 70 percent throughout Florida. It’s why the antiAOB bill was recently passed.

What is the AntiAOB bill?

Florida legislators finally passed property insurance reform after seven years of failed attempts. AOB fraud has caused insurance premiums to skyrocket in the state and has made insurance more difficult for others to obtain as well. The following are some of the main provisions of the bill:

The new antiAOB bill should help reduce AOB abuse throughout Florida, but you should still be wary of dishonest roofers when in need of roof repair or replacement. You can find out more at #AOBAbuse. For an honest roofer you can trust and rely on, contact us at Kelly Roofing today.