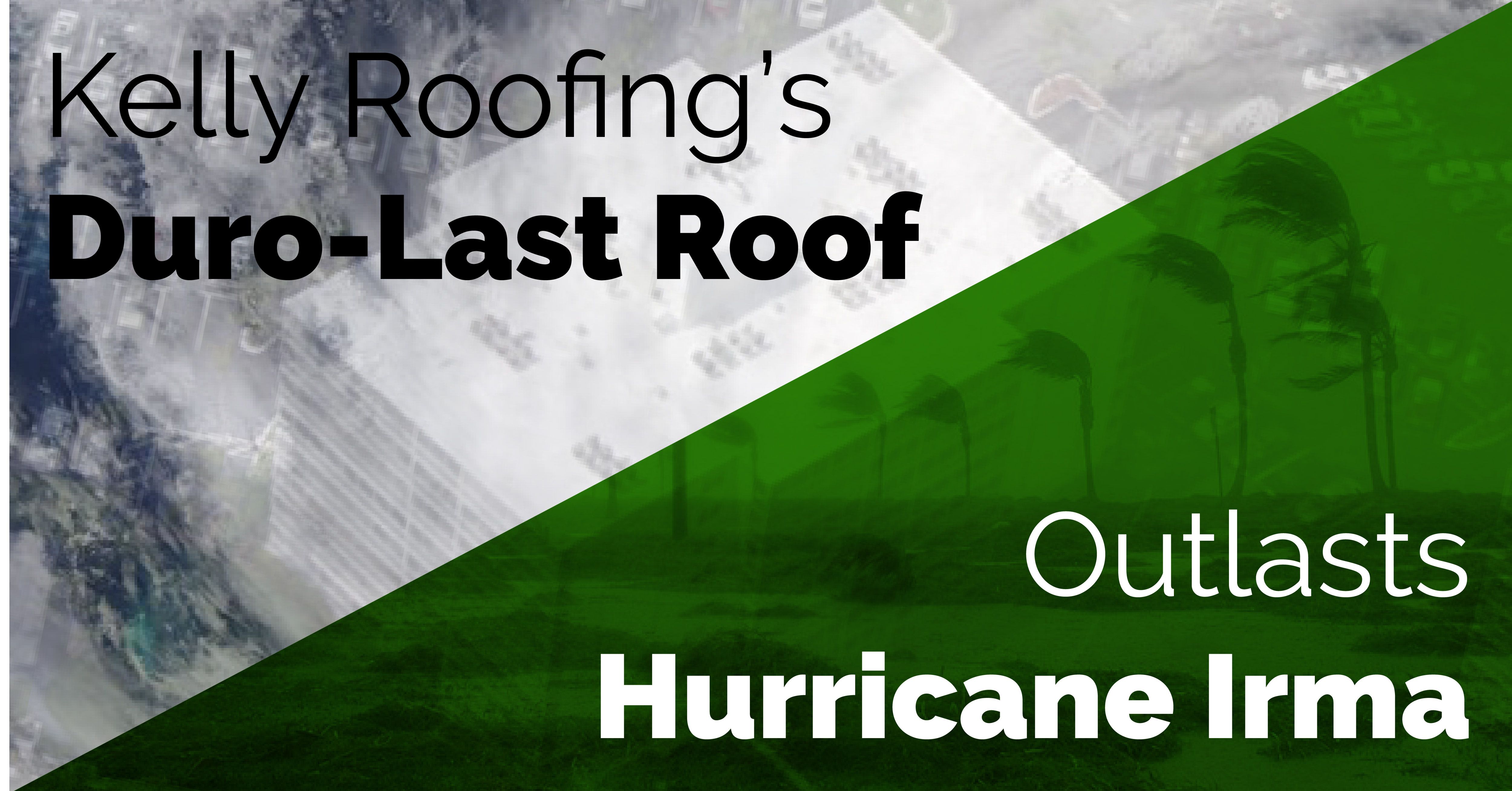 Just how strong was Hurricane Irma in September of 2017? We all know it was a Category 4 when it landed, and many of us remember it had the second-fastest winds of any Atlantic Ocean storm (as reported by Scientific American).

It had only 914 millibars of pressure when typical pressures at sea level are 1,013. It was, as so many news media reported, a monster. And what did that monster do when it struck our Florida coast? According to Insurance Journal, it caused between $25 billion (with a B) and $65 billion in damages. Yet one place Irma could do almost no damage was a Duro-Last roof installed by Kelly Roofing.

San Marco Residences is a beautiful commercial property that caters to the thriving tourist trade of San Marco Island. It is close to the beach and sees a lot of travelers coming and going, all protected by a sturdy roof expertly installed more than five years ago by Kelly Roofing.

Duro-Last thermoplastic single-ply roofing is not spun out by the thousands of feet to be slapped down by a day crew of roofing workers. It is custom fabricated, so from roof edge to roof edge, it fits perfectly. With a Duro-Last roof standing up to a hurricane’s heavy rains and high winds, facilities managers get comfort knowing the “World’s Best Roof®” is protecting their investment.

By prefabricating the entire membrane surface in the climate-controlled Duro-Last factory, up to 85 percent of seams are completed before the membrane rolls out on the roof. For San Marco Island, that minimal amount of seaming meant the difference between dry, safe occupants or soggy, scared survivors.

The trusted team of Kelly Roofing and Duro-Last outlasted the hurricane. Even with an aging roof (six years of service before Irma struck), the San Marco Residences held up hale and hearty against the hurricane, thanks to Kelly’s expert installation and Duro-Last’s superior PVC membrane. Contact Kelly Roofing today to see what we can do for your condominium, professional building, apartment complex and more.